Woman Nearly Faints Behind Obama As He Talks About Obamacare 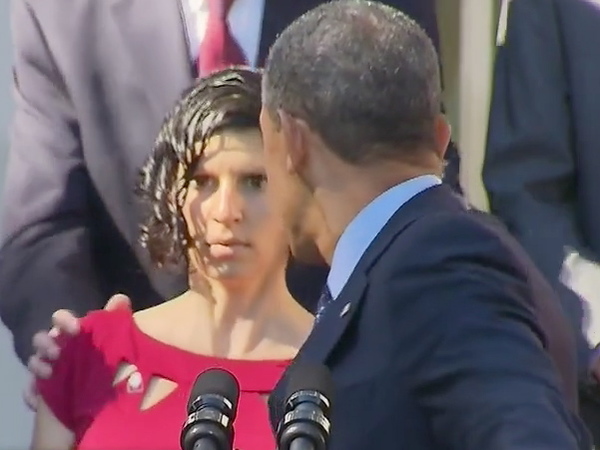 President Obama's speech Monday morning was briefly interrupted when a young woman standing behind him appeared to come close to fainting. The president turned around to make sure she was alright, saying, "I got you, you're ok," before she was helped away by others nearby.

The woman, identified as Karmel Allison, suffers from Type 1 diabetes. She also announced on her blog last week that she is pregnant.

"This is what happens when I talk too long," Obama joked before wrapping up his speech.