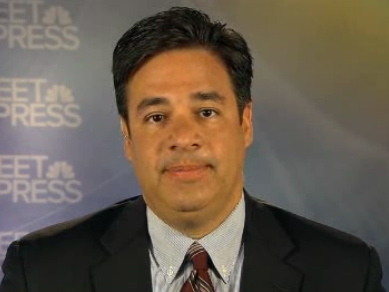 REP. RAUL LABRADOR (R-IDAHO): You know, I hope weâ€™re going to get a bill. I think immigration reform is necessary. As you know, I have been negotiating on immigration reform now for some time. But my concern with the Senate bill is that they put the legalization of 11 million people ahead of security. The legalization happens first, and then the security happens second. And I think the American people are not going to stand for that. In fact, if you look at this Obamacare debacle that they have right now, this administration is actually deciding when and where to-- to actually enforce the law. And thatâ€™s what some of us in the House are concerned about. If you give to this administration the authority to decide when theyâ€™re going to enforce the law, how theyâ€™re going to enforce the law, and you-- you tell them that itâ€™s okay if they decide if thereâ€™s going to be 20,000 troops or if thereâ€™s going to be-- I mean 20,000 border patrol agents or itâ€™s-- or they get to determine when the border is secure, I can tell you that Janet Napolitano has already said that the border is secure. So whatâ€™s going to happen is that weâ€™re going to give legalization to 11 million people and Janet Napolitano is going to come to Congress and tell us that the border is already secure and nothing else needs to happen.